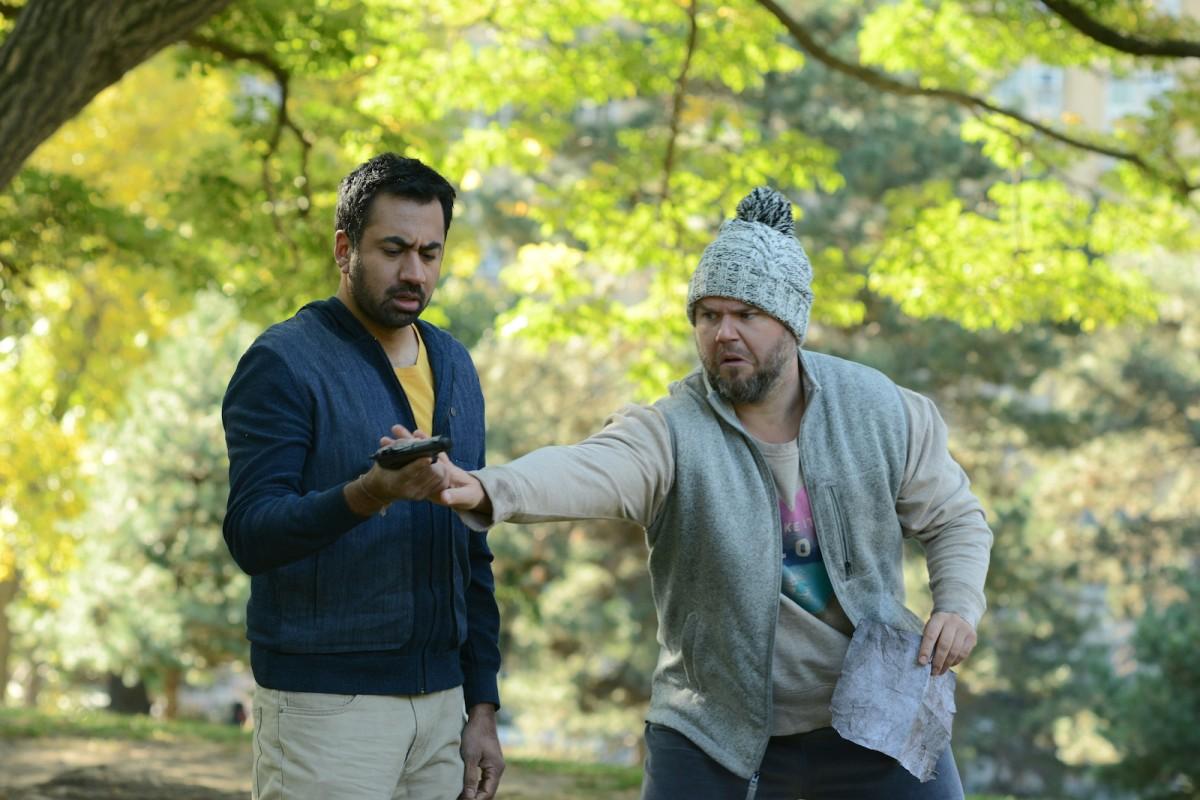 The streaming service’s original series features Tyler Labine as Kevin “Pac” Pacalioglu, a stoner who can see ghosts. (That season 3 is debuting on 4/20 is not a coincidence.) As with all Hulu Originals, you must subscribe to the service in order to see all the full episodes.
Read more…

Deadbeat Season 3: Tyler Labine on Being Buried Alive, Adding Kal Penn to the Mix, and More

Hulu’s freewheeling comedy Deadbeat, about Kevin Pacalioglu (Tyler Labine), a medium with sleuthing—and pot smoking—skills returns for Season 3, appropriately on April 20. This “reset” season, according to Labine, sounds like the wildest one yet, especially with the addition of Kal Penn as Pac’s new second-in-command, Clyde.
Read More…

‘Deadbeat’ Is Back, And It’s More Refined And Absurd Than Ever

Your favorite stoner comedy about a slacker, freelance medium is finally back. Today marks the premiere of Deadbeat Season Three. So how is the newest installment of Hulu’s oddest and least family friendly comedy? If you’re already a fan of the show, then clear out some room to binge in your streaming schedule. Season Three is a sharper and even more absurd than its first two seasons.
Read more…